Piaget is probably one of my most favorite theorists to teach about! I “get” his theory of how children learn 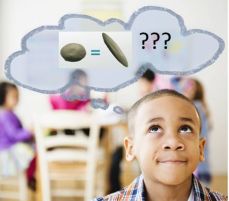 and the stages or periods they go through. I’ve seen it in action with many of the preschoolers that participated in our school’s Circle Time program as well as in my own children! I think the other reason I really like teaching this theory is because it’s so “hands on” and interactive! If you’ve never taught about Piaget’s relational concepts, check out below lesson, activities and project.