Genetically Modified Foods, known as GMO’s, are foods that have had their genes altered through science 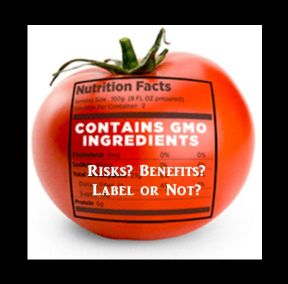 or genetic engineering, which is monitored through the EPA, the FDA and the USDA. Did you know that many of the foods found in our grocery stores contain at least one ingredient that has been genetically modified? Should we be informed as consumers when this process is affecting the foods we eat? Should genetically modified foods be labeled? There is a huge debate surrounding this dispute. How do your students weigh in on this topic?