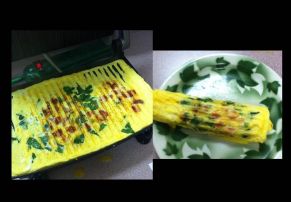 others are great uni-taskers, capable of completing the most unique food. My students wanted to see the capabilities of some uni-tasking appliances (as well as learn how to make omelets) and thus the omelet lab was created. And, this.lab.was.AWESOME!! I have never had so much positive feedback with a lab as I did this one. So, enjoy this fun lab and share your most unique recipe prepared on a panini grill in the comments section below.

1 comment for “Create Your Own Omelet: Panini Grill Lab”