I remember watching Mister Rogers Neighborhood on PBS when I was a child! I had no idea then that I would grow up and become a child 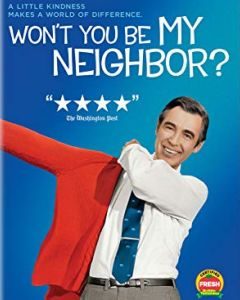 development teacher, nor did I fully realize the influence and impact this man had on children’s programming, education and development! The following lesson is a tribute to this man and contains a variety of activities that can be used all together or completed individually depending on your time and classes. Even if you don’t use this lesson, I highly recommend watching the documentary “Won’t You Be My Neighbor?” if you grew up with Mister Rogers like I did!