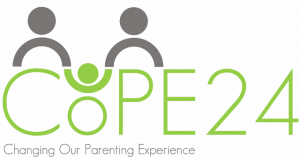 ST. LOUIS, MO – Adverse childhood experiences (ACEs) are traumatic events in a child’s life that can include all forms of abuse and neglect, bearing witness to violence against a family member, household substance abuse, familial mental illness, parental separation or divorce, among others. Children who have experienced ACEs, as was the case with the Parkland, Florida school shooter, are more likely to have issues as an adult, including depression, suicide risk, alcohol and drug abuse, and relationship problems, along with a host of physical health problems such as heart disease and cancer. This vicious cycle can continue without some form of intervention.

This is where St. Louisan Rene Howitt comes in. Howitt developed the COPE24 Parenting Skill Program and educational resource for schools. COPE, an acronym for Changing Our Parenting Experience, is built on Howitt’s mission to reduce future child abuse and neglect by making parenting and child development education a priority in our schools.

As Founder and Executive Director of COPE24, Howitt’s goal is stop the cycle of ACEs by giving students realistic suggestions and alternative solutions to help them cope with issues that arise during child rearing. The COPE24 Parenting Skill Program includes a reality-based documentary video series and books, which was launched in schools throughout Missouri and is expanding nationwide. COPE24 advocates that educating and preparing youth for parenting will strengthen the American family. Healthier families without abuse and neglect, will produce healthier teens and adults and thereby reduce the cycle of abuse. This will have a major impact on mental health, crime, homelessness, school violence, absent fathers, domestic violence, addiction and almost every social issue we face as a society.

“There is very little time devoted to preparing young adults for what to expect when bringing home a baby and rearing a child. Preparing to be a parent isn’t just about knowing how to feed and diaper them,” says Howitt. “The child must be nurtured, and that takes time. That means that life as you know it changes the moment you become a parent, and many parents aren’t equipped for the emotional work that requires.”

The 2016 National Survey of Children’s Health shows that nearly 40 percent of children in every state have experienced at least one ACE, and more than 20 percent have had at least two. In addition to ACEs effect on parenting capacity, those experiences can lead to genetic changes that can essentially turn on or turn off genes that affect healthy decision-making abilities. Thus, the individual and their offspring are susceptible to unhealthy and potentially detrimental behaviors.

“If you are going to have children, you need to know all toddlers throw tantrums and all babies are going to cry. These are normal, predictable behaviors,” says Howitt. “What is not predictable is how parents handle that situation, and those are the types of situations that can trigger abuse.”

While the primary target audience of Howitt’s model is middle and high school students, she also offers Professional Development Workshops using the COPE24 ACEs materials at schools, hospitals, advocacy groups, churches, and community centers across the country. She believes that the way to break the cycle of abuse for future generations of children is through educating and providing our youth with a coping skill set that may not have previously modeled to them.

“Our goal is make an impact now so that in the future, we will begin to see a measurable change in the family dynamic,” says Howitt.

COPE24 is a non-profit 501(c)(3) status organization. Their mission is to significantly reduce child abuse and neglect by reaching young adults before they find themselves in a situation they are not emotionally ready to handle. COPE24 was founded by Rene Howitt. She has spoken throughout the country in over 250 middle schools, high schools, and universities totaling over 23,000 students. For more information call 314-488-3766 or visit www.COPE24.com.

← You Be the Dietician–Breakfast Foods
DAP: Developmentally Appropriate Practice →