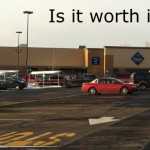 In adult life there are many practical questions that require problem solving skills and a little math. This lesson has students figure out the benefits and costs to joining a shopping club like Sam’s Club. Guide your students through a real life case study that requires lots of critical thinking, a little math and the chance to use Excel!

END_OF_DOCUMENT_TOKEN_TO_BE_REPLACED 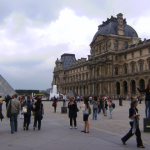 This lesson forces students to think about the travel & tourism industry as a whole, historically. There are two projects that have students plan a vacation for a specific amount of money. There is also a mini assignment that has students create a timeline of how the travel/tourism industry changed over time in America. Finally, there is an mini-paper assignment about the future of tourism/travel.

END_OF_DOCUMENT_TOKEN_TO_BE_REPLACED

Teach your students how to budget using the simple method of envelope budgeting. This interactive lesson is great for graduating seniors who need basic money management skills before they take off on their own. Budgeting doesn’t have to be so scary.

END_OF_DOCUMENT_TOKEN_TO_BE_REPLACED

Food Inc. (DVD): If you haven’t watched this documentary I would highly recommend it!
In Food, Inc., filmmaker Robert Kenner lifts the veil on our nation’s food industry, exposing the highly mechanized underbelly that has been hidden from the American consumer with the consent of our government’s regulatory agencies, USDA and FDA. Our nation’s food supply is now controlled by a handful of corporations that often put profit ahead of consumer health, the livelihood of the American farmer, the safety of workers and our own environment. We have bigger-breasted chickens, the perfect pork chop, herbicide-resistant soybean seeds, even tomatoes that won’t go bad, but we also have new strains of E. coli—the harmful bacteria that causes illness for an estimated 73,000 Americans annually. We are riddled with widespread obesity, particularly among children, and an epidemic level of diabetes among adults

END_OF_DOCUMENT_TOKEN_TO_BE_REPLACED

So often our view of what love is comes from the stories we’ve read or watched as a youngster. Heck, even weddings these days are fairy tale themed. But is love like a fairy tale or are we merely setting our students up for “love failure” if fairy tales, Hollywood and television are the primary sources of their expectations. This lesson challenges students to reread romantic fairy tales with their relationship glasses on to see how the characters’ relationships would hold up in the real world and determining the realities of “happily ever after” for each story.